We won the TripAdvisor Travelers of the Year award and we don’t want to stop posting cool things about Barcelona.

That is why we decided to create different routes so that you can go cycling.

The Mountain of Montjuic

The Montjuic mountain (name attributed to the Montjuich etymology ”Mount of the Jews”) being a fortress, created as a strategic place to defend the city, where in 1751 the current castle was built, the work of Juan Martín Cermeño, who during the war of the Spanish Independence it was occupied by the French.

Nowadays and thanks to the 1992 Olympic games we can find around it the Lluís Companys Olympic Stadium (next to which is the Fundació Barcelona Olímpica Museum).

Walking down Lleida street, you will find the old Palacio de los Deportes, now converted into the Barcelona Teatre Musical. You can also walk through various places of tourist interest such as the Pueblo Español, an enclosure built for the 1929 exhibition and which includes streets, squares and characteristic places from all over Spain, the Montjuic Telecommunications Tower designed by Santiago Calatrava. The Joan Brossa Gardens or the magic fountain of Montjuic that offers a night light show.

You will find the great natural treasure in the ”Collserola Natural Park”, with more than eight thousand hectares of surface, where you can enjoy a bike ride through the mountains, one of the main routes is called “La carretera de las Aigües” where it begins on the Pla del Maduixers route (accessed from Avenida del Tibidabo) and ends in Plaza de Mireia. It is a path of low difficulty, since it is mostly flat, and it is where you can get to know one of the best views of Barcelona and the Mediterranean Sea.

The good thing about this tour is that it is suitable for all bicycles and you will be able to visit emblematic buildings such as the Collserola tower and the Fabra observatory.

Greenway of Llobregat  is the old route of the Manresa-Olván railway. It runs through a natural environment shaped by the passage of the Llobregat river. It is a route suitable for families and children due to its flatness and ease of travel, on it you can pedal along the Llobregat river, crossing tunnels and visiting the Gothic bridge or the Pedret Monastery.

On this road you will find both vehicles, people walking or cyclists, since it is a route suitable for all kinds of walks and at the end you will cross the Llobregat river through a small bridge until you reach the Baells reservoir dam.

During April and May the rain is unavoidable and, although for some people this can embitter his/her walking, we want to recall its profits for the city and some of the tips, which will allow us to ride the bicycle without worries.

Cities like Barcelona usually have problems regulating the pollution levels. A key element for this regulation is the rainwater, because it reduces the air’s polluting particles and it levels the temperature.

In addition, if the city is sensitive to the benefices of rain, it can take profit from other characteristics. With rain it is possible to generate electric energy to illuminate the city. We can irrigate our plants and crops and facilitate the life of the nearby fauna. And as far as the level of the domestic consumption is concerned, we can take advantage of this water to fill tanks and cisterns.

If all these advantages are not be able to raise your spirit during rainy days, you can try going out and pedaling. Adequate equipment: waterproof and flashy clothes and shoes which facilitate the visibility for the rest of the other vehicle drivers; a ready bike with branded wheels, a clean and lubricated chain and good brakes plus; and all your senses on the road. These three key elements will allow you to enjoy your trips on rainy days, while the others stress themselves with the unavoidable traffic jams of these days.

In the end, you will miss these rainy days.

This Monday, the 2017’s spring has started and, in addition to the activities and the good mood which accompanies these days, the perfect temperature to pedal through the streets of Barcelona has also arrived.

It’s the 20th of March, the first day of spring and, an inevitable coincidence, the International Happiness’s Day. It seems that seeing how the streets flower, the new smells and the good weather without scorchers can raise spirits even in the case of the grumpiest people.

And, what is directly related to happiness? The movement and the energy. It’s not a matter of chance that the good mood and sports walk hand in hand. The more we move around, the better we feel, and the better we feel, the more we want to do things. It is a feedback which, during this season, make us to get up from the sofa and propel us to get to know new and old places in different ways.

So, we have specialized ourselves in this sector, the sector of the good vibes which make us feel lively. For this reason, we cannot stop recommending you that it’s so important to take advantage of this shove from the spring and rediscover Barcelona pedaling your bike through its streets. For us, this is the best therapy for mind and body. 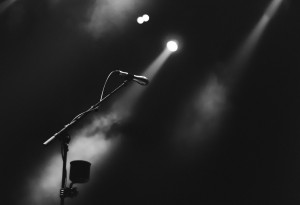 Every time we notice a warm temperature in Barcelona city, although the bicycle is a healthy sport, we have to keep in mind other elements, such as the hydration to avoid heat strokes. 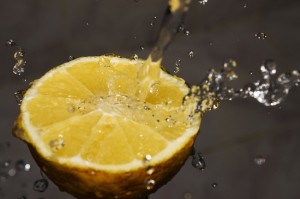 Although temperatures have not yet reached the summer’s maximum temperatures and it is good weather for riding the bicycle, if we are in a hurry, it is better to have a drink on hand which allows to keep ourselves hydrated.

Remember that with the physical exercise our body loses a lot of water, either through sweat or through forced breathing, so we should not forget (yes, forget, because a lot of times, as a result of the daily stress, we forget to hydrate ourselves completely and if you are doing exercise you should drink water even though you are not thirsty) then, we should not forget to drink water or other kinds of isotonic soft-drink.

Nowadays, in a lot of shops you can find bottles (the lifelong canteens) which will keep your soft-drink at an adequate temperature and which you will be able to reuse during a long time, helping the environment and your pocket.

Taking water with you is essential, but if you want to enjoy some added benefits, you can add a bit of lemon. Lemon is a diuretic, blood tonic and antioxidant citric fruit that will provide our drink with a touch of freshness, which will be very welcome at the end of good ascent.

Now you can see that taking care of ourselves is easy, so if you are doing exercise to keep in good health, you should not forget the importance of a well balanced diet and a good hydration. 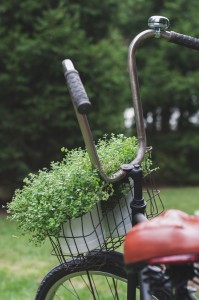 Although the winter has come and passed unnoticed and it has given us nice trips through the city, spring continues being the favorite season for traveling on a bike.

Sunny days without being scorching ones

Hot weather can be an enemy, even worse than cold weather, for everyone who likes to travel on bicycle. Enjoying spring temperature will avoid the tiredness caused by other seasons of the year and, even more, it can give us a short break stretched out on the green of a park.

We are talking about the colors of spring, not only the colors from plants and trees which start to flower everywhere, but also the warm color tones of the sun over the buildings. If you like to take good photos of your trips, spring light, without burning landscapes as happens in the summer, will give life to your mementos.

The beginning of the festivities

Even though every season has its festivities and they are always reflected on the big city, during spring, the celebrations in streets with all the community are more common, taking advantage of the warm weather. If you are interested in getting to know new cultures during your trips, these kinds of celebrations are the best chance.

You should not forget that spring comes marked by rain. So, when you are preparing your trip, make sure of taking the correct clothes for possible changes in the weather. Warm and under a raincoat, a rainy city also has its charms.