As we always say from BornBike, there isn’t a better way to enjoy the city than introducing yourself directly into the traditions and the culture, and, where is a major concentration of these two ingredients? In the festivities. Summer is the season of the different celebrations in the neighborhoods of Barcelona per excellence. 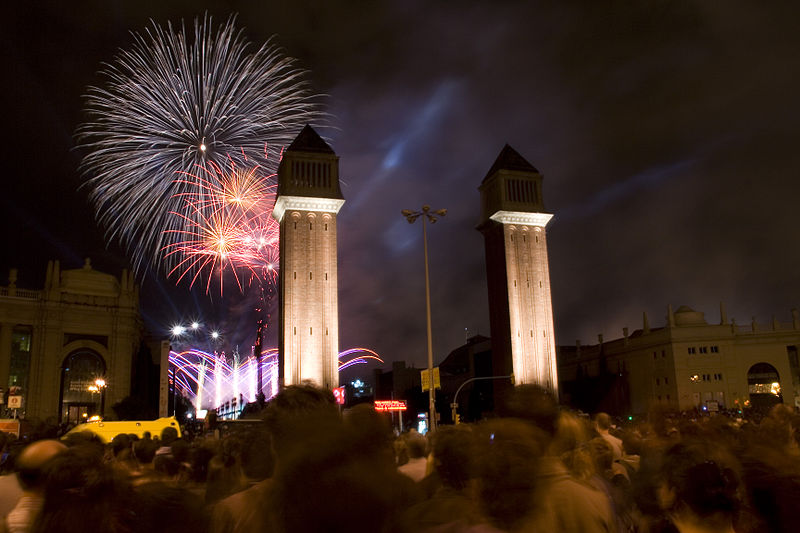 The 16th of July the Festa Major of Poble Sec, in the district of Sants-Montjuïc, was inaugurated, but if you haven’t had time to enjoy the activities, you have the opportunity to do it until the 24th of this month of July. Coinciding with these dates, the Clota’s fiesta is also going to be celebrated, in the district of Horta-Guinardó, a place a bit further away from the center of the city.

From the 22nd to the 16th of August, Sant Roc, the Festa Major of the Gótic neighborhood in Ciutat Vella, is the most ancient celebration of Barcelona with more than four centuries of history. You can find it easily, because it is centered mainly in the Nova square.

And we love the Gracia fiesta, this year it will be celebrated from the 15th to the 21st of August. We love it for its activities, but, especially, because of its neighbors making works of art in every one of its streets. Although, if you want to avoid masses of people, the best for you is to wait for the Sants celebration, from the 20th to the 28th of August, it also is a great example of a good team work between neighbors.

If you are the kind of people who prefer to travel during September, you also have the opportunity to enjoy the celebrations of Vallcarca, Horta, Poblenou and the great fiesta per excellence: La Mercè.